A top United States official says the Biden administration is preparing to impose additional sanctions on Ethiopia and Eritrea if attacks against civilians in the Tigray region continue, and is reviewing whether war crimes have been committed, Al Jazeera reports. US Assistant Secretary of State Robert Godec told a Senate hearing that the U.S. was calling on parties to end the conflict, allow humanitarian access and halt human rights abuses. "If we do not see immediate progress on these fronts," Godec said, "we will be imposing additional sanctions."

Al Jazeera reports that Democrats and Republicans in the US Congress are unified in their alarm and condemnation of what is happening in Tigray. Legislators have called for an international arms embargo on participants in the conflict and target economic sanctions. "Many of us believe in fact these are war crimes and crimes against humanity," Senator Bob Menendez, the chairman of the Senate committee, said.

On May 26, 2021, U.S. President Joe Biden called for the withdrawal of Eritrean and Amhara forces from Ethiopia's Tigray region and said immediate humanitarian access must be granted to avoid widespread famine in the conflict-torn area. 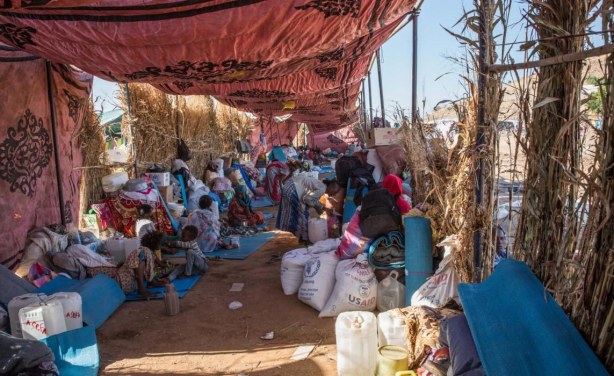 Living conditions for Tigrayans who fled the border from Ethiopia into Sudan.