Police fired teargas at supporters of Laurent Gbagbo as they gathered to welcome the former Ivory Coast president at the airport of the country's largest city, Abidjan, on Thursday June 17,2021. Deutsche Welle reports that Gbagbo's spokesman said that buses carrying his supporters were blocked from reaching the airport. After meeting his wife Simone, Gbagbo boarded an SUV for a ride to his party headquarters, with supporters cheering and running alongside his motorcade.

The 76-year-old Gbagbo served as president between 2000 and 2010. In 2010, he refused to acknowledge electoral defeat to his rival and current president Alassane Ouattara. Gbagbo's stance prompted a brief but bloody civil war in which more than 3,000 people lost their lives.

Ouattara was ultimately declared the winner and - in 2011 - Gbagbo was extradited to the International Criminal Court to face charges of war crimes and crimes against humanity. The court eventually acquitted him in 2019, with the final appeal rejected in March this year. 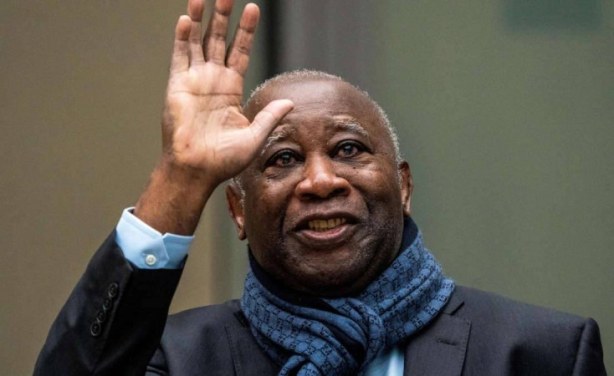