As World Day Against Child Labour is observed on June 12, 2021, attention has been drawn to the devastating impact that Covid-19 has had on children forced into labour around the world, but particularly in Africa and sub-Saharan Africa. The International Labour Organization reports that 70% of children work in agriculture, family farms, 20% in services, that include domestic work, and 10% are in industry.

Hazardous work is considered as among the worst forms of child labour as it is dangerous, harmful to a child's physical and mental health and can result in death. While child labour is continuing to decrease in Asia and the Pacific, as well as Latin America and the Caribbean, it has risen substantially in Africa with 20 million more children than four years ago. In sub-Saharan Africa alone, 16.6 million children are working, writes Lisa Schlein for VOA. 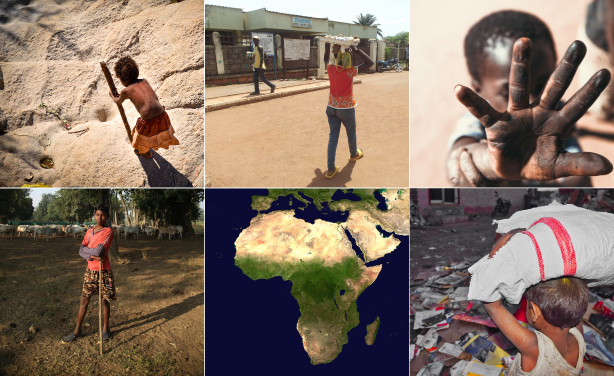 Child labour on the increase in Africa (file photo).