As Covid-19 pummeled Zimbabwe, worship services have never been the same, as authorities banned them from gathering in the midst of the battle against the pandemic. However police have claimed that members of the Johanne Marange Apostolic sect that are said to have gathered in Manicaland for an annual festival were permanent residents at a shrine there.

Activists have been pushing the police to act against the thousands that congregated at Mafararikwa in Bocha as they were violating Covid-19 restrictions. The church commands a huge following across the country and in the region and an estimated 20,000 congregants gather in Marange every year for their annual Passover feast.

Former health minister and opposition MDC Alliance politician Henry Madzorera has warned the government to stop the selective application of law in enforcing Covid-19 restrictions. The critics say the white garment churches' involvement in party politics, particularly in favour of the ruling Zanu-PF, has continued to flourish in Zimbabwe even after the demise of the late former president Robert Mugabe. 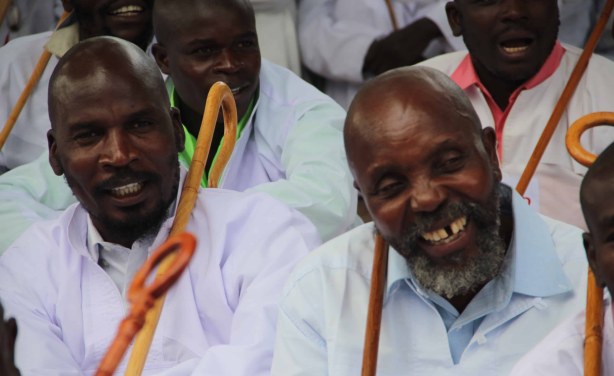 Members of the Johane Marange Apostolic Sect follow proceedings during the church' annual Passover Meeting at the shrine in Marange (file photo).