Zimbabwean musician Roki's new song featuring Congolese rhumba maestro Koffi Olomide and Tanzanian musician Rayvanny has finally dropped but social media community is not impressed. While the song has excited some, there is a group trashing the new offering especially the part where Koffi Olomide appears to endorse President Emmerson Mnangagwa. The song was recorded under Passion Java Records, a company owned by prosperity preacher Passion Java. He is vigorously pushing on social media for Mnangagwa's popularity. When election season approaches, music plays a big role in political campaigns in Zimbabwe. The next general elections in Zimbabwe are slated for 2023.

In 2019, Koffi Olomide was found guilty of statutory rape of one of his former dancers when she was 15. In Kenya, he was declared persona non-grata in 2016 and deported after he kicked one of his female dancers at Jomo Kenyatta Airport. 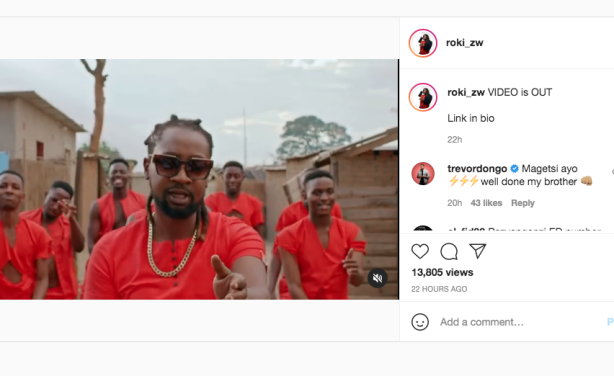