The Correctional Services department in South Africa says jailed former President Jacob Zuma has been admitted to an outside hospital for medical observation. In an August 6, 2020 statement carried on Twitter, the department says the healthcare needs of the former president "require the involvement of the South African Military Health Services... A routine observation prompted that Mr Zuma be taken for in-hospitalisation".

The Jacob Zuma Foundation says in an August 6 tweet: "The Foundation confirms the statement by Correctional Services that indeed H.E President Zuma is in Hospital outside the prison. The 79 year old, 1st prisoner of the ConCourt, jailed without trial is attending to his annual medical routine check up. No need to be alarmed,...yet."

The hospitalisation comes days after the Pietermaritzburg High Court issued a directive that an in-person hearing involving the president would be heard in open court rather than virtually. Zuma was admitted to a correctional facility in Estcourt in KwaZulu-Natal province almost a month ago to start serving a 15-month jail sentence handed to him by the Constitutional Court  for contempt of court.

The former leader's incarceration sparked unrest, with multiple incidents of violence and looting recorded in KwaZulu-Natal and Gauteng. 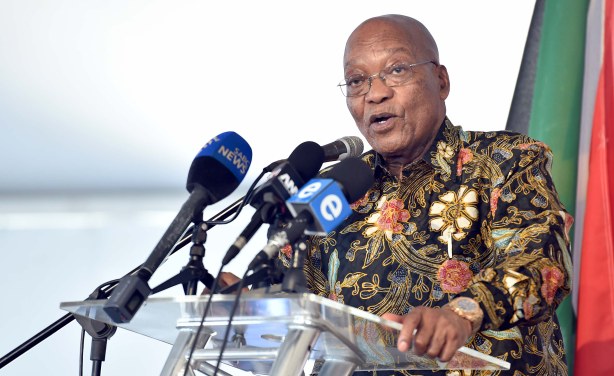