A week ago, a dark cloud of desert locusts floated over the city of Hargeisa, the capital of Somaliland. For more than 40 minutes the moving swarm of locusts covered the city in the Galgodon valley. The Intergovernmental Authority on Development's climate Prediction & Applications Centre, said it is concerned that along with the perennial acute food insecurity in the region, climate shocks and conflict, these countries face extended hunger threats from the locusts.

The region has already undergone multiple cycles of infestation with the persistent insects. The larger East African region has over the past two years been in and out of the throes of economic and humanitarian crises due to the desert locusts, which arrived from Yemen, first entering Ethiopia and Somalia in June 2019, before spreading across borders into Kenya, Uganda, Tanzania, Sudan, South Sudan and Chad.

Tens of thousands of hectares of farmland and pasture have been destroyed by the locusts. The Food and Agriculture Organization's senior locust forecasting officer, Keith Cressman has said that control teams have been dispatched to take care of the pestilence in the northwest Somalia regions. 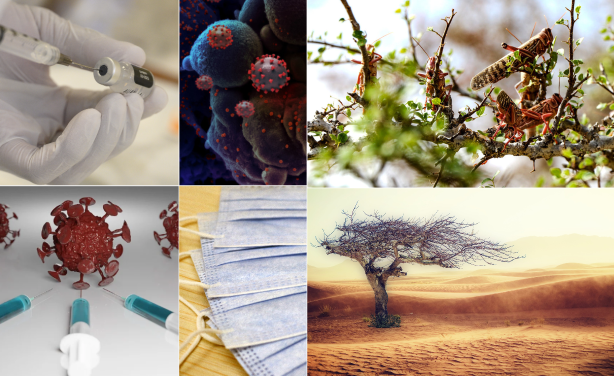