Registrar of Political Parties Ann Nderitu has allowed the dissolution of the National Super Alliance (Nasa), giving way for the formation of new coalitions as the race to succeed President Uhuru Kenyatta intensifies.

Amani National Congress (ANC), Wiper and Ford-Kenya have been accusing Raila Odinga-led Orange Democratic Movement (ODM) of intimidating them and behaving like the big brother in the coalition.

The three also accuse the ODM of failing to distribute money from the political parties fund evenly.

Nasa has been grappling with internal wrangles largely tied to the sharing of funds, suspicion as well as claims of intimidation, writes Silas Apollo for The Nation.

Odinga who has since hinted at making his fifth stab at the presidency has been left isolated but he is banking on the support of Kenyatta with whom he's have had a good working relationship under the handshake that they initiated on March 9, 2018. 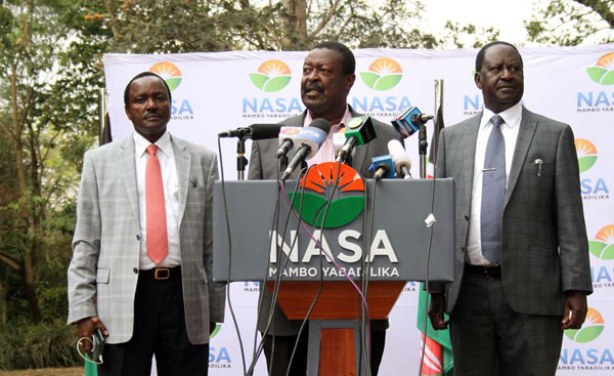