In justifying these actions, he appealed to Article 80 of the constitution, which allows the president to take extraordinary measures in the case of "imminent danger".


Over a month on, Tunisia remains in limbo with no checks and balances on President Saied's power. He just announced an indefinite extension of the emergency period that was initially in place for 30 days. He has justified thia as a response to the demands of the people who called on the government to step down on 25 July.

President Saied's sacking of the government may be popular, but what Tunisia needs is to strengthen its democracy, not dismantle it, writes By Raed Ben Maaouia for African Arguments. 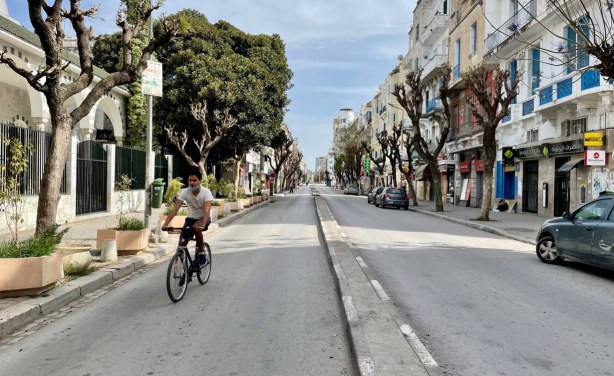 A young man cycles down an empty street in Tunis.