The recent attempted coup in Sudan has exposed the delicate political ground not just in Khartoum but also the Horn of Africa. The region is already struggling with what is now a humanitarian crisis in Ethiopia's Tigray region that threatens to suck in all countries in the region, one way or the other, write Aggrey Mutambo, Mawahib Abdallatif and Garang Malak for the East African.

Inside Khartoum, the failed coup exposed the widening gulf between the military and civilian components of the transitional government. Sudan is being ruled under a fragile power-sharing deal between the military and civilians following the ouster of former president Omar al-Bashir in April 2019. Transitional authorities have said they foiled previous coup attempts linked to factions loyal to Al-Bashir.

"A democratic and stable Sudan could play an important bridging role between Africa and the Middle East and be a partner in strengthening rules-based governing norms in the region," writes Michelle Gavin, a former White House official and U.S. Ambassador who now serves as Africa Policy fellow at the Council on Foreign Relations in New York. 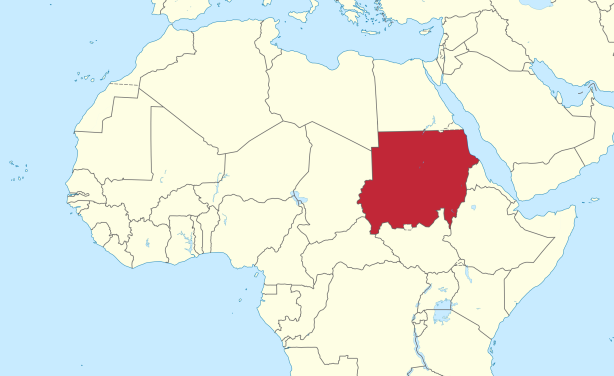 A map showing the location of Sudan in East Africa (undisputed borders, in 2011).