War, Peace Collide As Ethiopians Vote in Second Round of Polls

The Tigray conflict has raged since November 2020, when long-standing tensions between the Ethiopian government and the Tigray People's Liberation Front (TPLF) came to a head with Prime Minister Abiy Ahmed launching a military operation he described as a "law and order operation". He accused the TPLF of targeting government military units and holding illegal elections in Tigray.

The conflict has since triggered U.S. sanctions against Ethiopia, denying visas as well as freezing the assets of individuals and entities it says is responsible for, or complicit in, serious abuses and the obstruction of the delivery of humanitarian aid to displaced civilians.

The African Union has been criticised for its slow response to the Tigray crisis.

Ethiopians return to the polls on September 30, 2021, for the second round of voting in the presidential elections, which was postponed last year due to the Covid-19 pandemic. In the first round PM Ahmed's Prosperity Party secured a new five-year term, but the second round will see 6 million Tigrayans excluded from the polls, writes Maria Gerth-Niculescu for Deutsche Welle.

Eritrea has also been accused of assisting the Ethiopian army - a claim that Ahmed admitted to - after atrocities were brought to light by various humanitarian organisations, including allegations of rape and torture of villagers in Tigray. 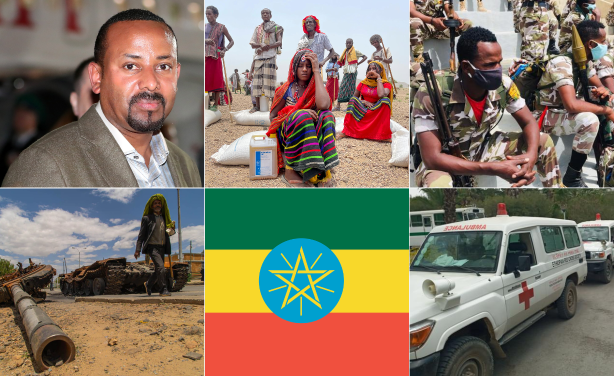