Struggles Mount for Those in Burkina Faso's Silent Refugee Crisis

More than a million people are fleeing terror and violence in Burkina Faso, and their numbers are growing. Many are left to fend for themselves as they struggle to survive, writes Katrin Gänsler for Deutsche Welle.

Burkina Faso was long considered a model state where different ethnic and religious groups lived together peacefully. But that has changed, said refugee Jacob Ouermi, pointing out that the country's many problems have given rise to "a lot of mistrust."

The refugee crisis has aggravated poverty in a country that has always ranked low on the United Nations Development Index - currently, it stands at 182 out of 189 countries. There are hardly any permanent jobs and many people are small farmers. "We simply exist, there is nothing to do and if we aren't given food, we have nothing to eat," said Ouermi.

The refugee crisis has also long since reached neighbouring countries. "Between 20,000 and 25,000 Burkinabe live in Mali," according to Abdouraouf Gnon-Kondethe, UN refugee agency (UNHCR) country director in Burkina Faso, who added that 12,000 to 15,000 people have found asylum in Niger, 4,000 to 5,000 people live in northern Benin and about 5,000 people in Cote d'Ivoire. Increasingly, young Burkinabe citizens are seeking asylum in Europe.

The UNHCR doesn't have the funds to take care of all the refugees, said Gnon-Konde, adding that only a fourth of the roughly U.S.$602 million needed for 2021 is currently funded. "Europe is already doing a lot," he said. "And we would like that to continue - what happens here concerns everyone." 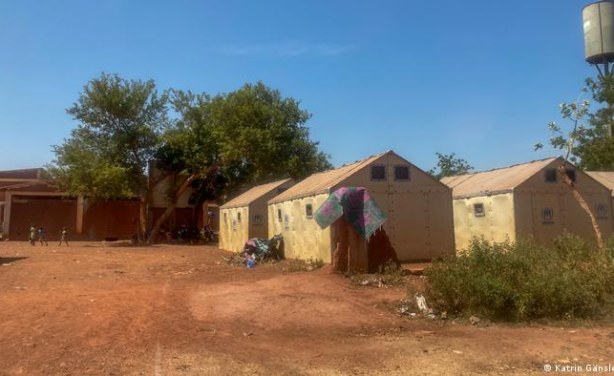 Some refugees have found a new home in emergency shelters (file photo).