Elisha Kiprop fought off tough competition from Alphonce Kigen and Joshua Kogo to win the 2021 Stanchart Nairobi Marathon on October 31, 2021.

Speaking after the race, Kiprop, who started his training in June, expressed his joy at winning the marathon again and stated that he is not in a hurry to move on to other races.

The women's 42km race was won by Valentine Kipketer in a time of 2:30:01. Naomi Maiyo finished second over two minutes later with a time of 2:32:22. Beatrice Cheptoo fought off a strong challenge from Rebecca Cheptegei of Uganda to finish third in 2:32:33. Cheptegei followed three seconds later.

In her post-race remarks, Valentine said that she registered for the marathon after missing the deadline for the Amsterdam marathon, writes Michael Kirwa for The Nation. 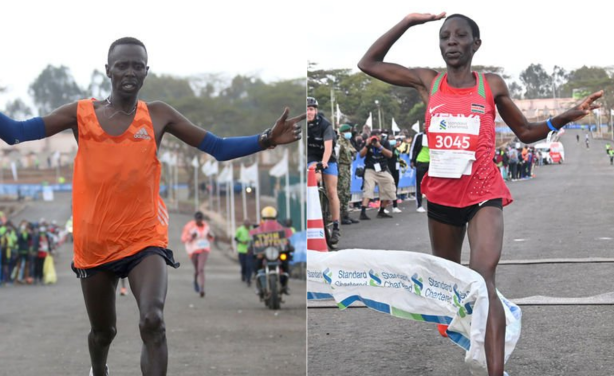