Local medics have said that security forces shot dead at least 15 anti-coup protesters and wounded dozens more on November 17, 2021. The fatalities - all in Khartoum, mainly in its northern districts - rose to 39 since the military seized power, a pro-democracy doctors' union said. Hundreds more have been wounded.

Witnesses at the protest say most of the casualties suffered gunshot wounds to "the head, neck or torso", but added that the demonstrators, undeterred and behind makeshift barricades, kept up their protests well into the evening.

Visiting U.S. Secretary of State Antony Blinken told Sudan's military the country stood to regain badly needed international aid if it restored the "legitimacy" of civilian government. Washington has suspended some U.S.$700 million in assistance to Sudan since the coup.

This comes as the U.S. calls for the reinstatement of ousted Prime Minister Abdalla Hamdok, who is under house arrest following the military's takeover last month. "The day's massacre reinforces our slogans: no negotiations, no partnership, no compromise" with the military, said protest organisers from the Sudanese Professionals Association. 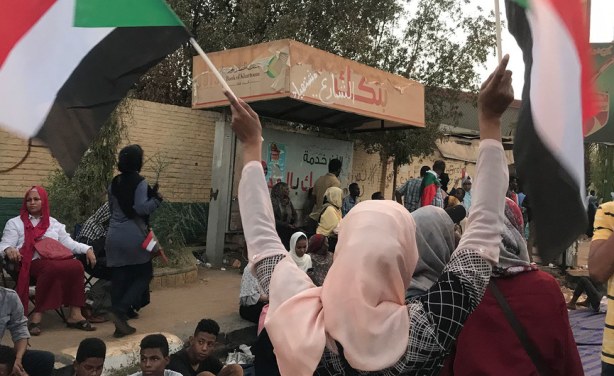 Demonstrators take to the streets in the Sudanese capital, Khartoum on April 11, 2019.