Research scientists in Botswana and South Africa were the first to identify the variant now called Omicron on November 23, 2021. By that time, according to mounting evidence from testing in other countries that was prompted by the African data, the new 'variant of concern' was already circulating in several countries, including in Europe and the UK. Along with outraged African infectious disease experts and policy makers, a growing group of global researchers are saying that instead of banning flights, countries should be sending planes loaded with the supplies that African scientists need to continue to test and share data.

"By losing commercial airplanes", tweeted Dr. Tulio de Oliveira of South Africa's Centre for Epidemic Response and Innovation, "we lose access to the importation of important reagents" that allowed southern African researchers to discover the new variant. He said the ban also curbs shipments of medicine, vaccines, protective equipment and important exports "such as gold, diamond, citrus, wine which sustain our struggling economy!"

The World Health Organisation (WHO) has spoken out against travel restrictions aimed at African nations following the emergence of the Omicron variant. While investigations continue, WHO urges a risk-based and scientific approach to limit Covid spread.

Dr. Ayoade Olatunbosun-Alakija, an African Union vaccine expert, slammed the decision by western governments to ban African travellers. In a televised interview on BBC, Olatunbosun-Alakija said they were "unacceptable. These travel bans are based on politics and not in science. It is wrong," she said. 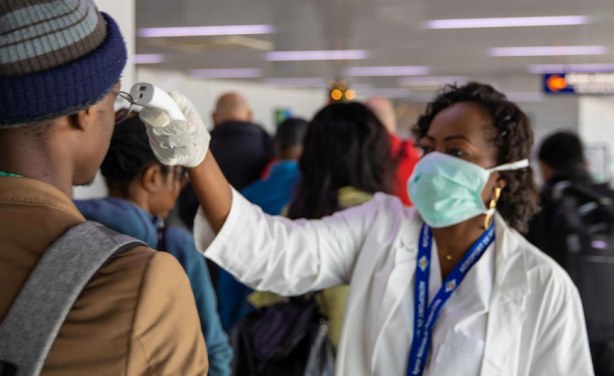