A compensation of U.S.$2,552 will be paid by the insurer of the MV Wakashio, Japan P&I Club, to fishers, applicant fishers and fishmongers for the loss of earning as a result of the MV Wakashio oil spill, the Government of Mauritius wrote in a statement.

This announcement was made by the Minister of Blue Economy, Marine Resources, Fisheries and Shipping, Mr Sudheer Maudhoo, after a meeting held with the affected fishermen, at the seat of his Ministry in Port-Louis. The minister stressed that the compensation was granted following several negotiations and the intervention of the Prime Minister, Mr Pravind Kumar Jugnauth, with the Japanese authorities. According Maudhoo, the compensation was calculated based on the average income they received as per the reported daily catch made by all fishermen in terms of amount and species, to Fisheries post, over the last three years, which was estimated to be U.S.$613.

The bulk carrier MV Wakashio ran aground on July 25, 2020, crashing into a reef. The ship was carrying over 3,900 tons of fuel oil along with 200 tons of diesel. Nearly 1,000 tons of this cargo leaked into the ocean after the Japanese-owned vessel's hull cracked on August 6, 2020. The oil spill's long-term impacts on the island nation's fragile ecosystems will take years to fully comprehend, Deutsche Welle reported at the time. Mauritius had asked Japan to pay close to 3.6 billion yen (€28.5 billion, U.S.$34 million) in order to support local fishermen whose livelihoods were adversely impacted by an oil leak. 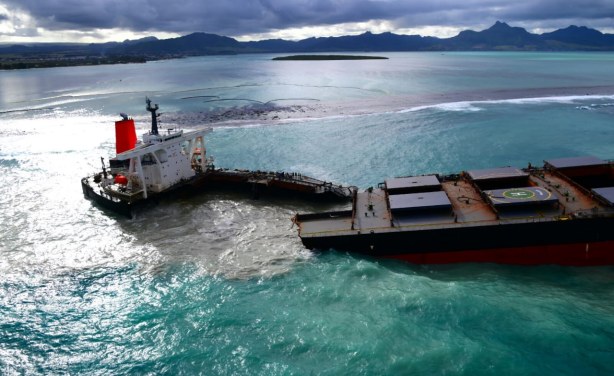