Authorities in South Africa have arrested the owner of a bar and two employees in connection with the deaths of 21 teenagers who lost their lives at a tavern in the coastal city of East London in late June, 2022, Voice of America's Vicky Stark reports from Cape Town, South Africa.

A team of detectives working on the case made the arrests. Officials say the three suspects face charges of violating the liquor act, while a forensic investigation into the cause of the deaths continues.

Deutsche Welle reported that the teenagers were said to have been attending a party to celebrate the end-of-winter school exams. Township pubs, commonly referred to as taverns or shebeens, are legally allowed to sell alcohol, but safety regulations are rarely enforced. 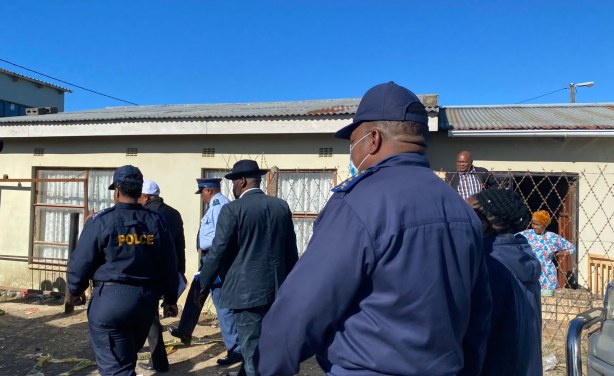 On Sunday June 26, 2022, the South African Minister of Police General Bheki Cele (wearing hat) and the National Commissioner of the SAPS, General Fannie Masemola, led a high level delegation of crime scene experts and bomb disposal technicians to support the Eastern Cape Crime Scene Investigations teams at the scene of the mass deaths of teenagers at an East London tavern.