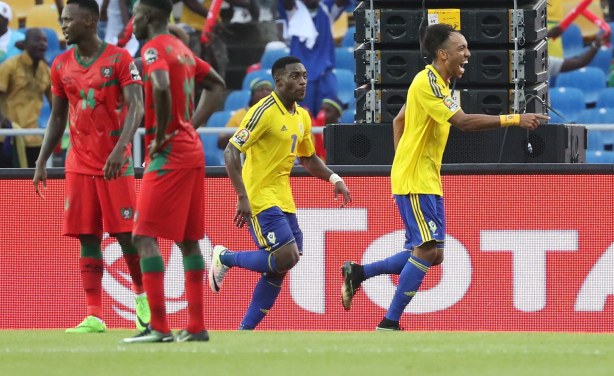 Pierre-Emerick Aubameyang, right, put Afcon hosts Gabon into the lead with the first goal of the 2017 finals but Guinea-Bissau came back to equalize. 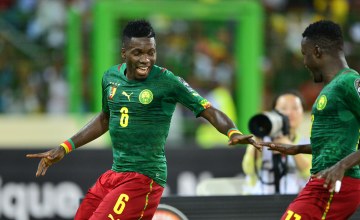 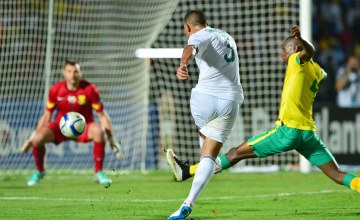 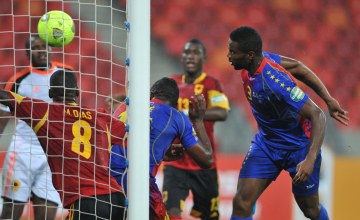