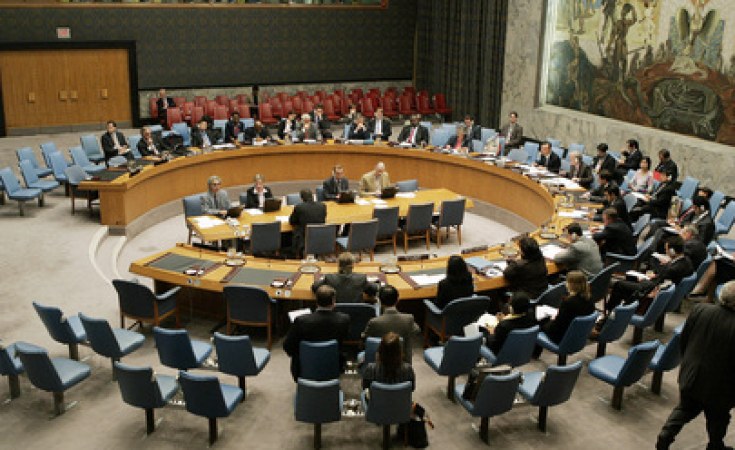 Dakar — The tenth annual meetings of African finance ministers, jointly hosted by the African Union (AU) and the United Nations Economic Commission for Africa (UNECA), have been abruptly adjourned over a dispute on the status of the Saharan Arab Democratic Republic (SADR).

The event, in the Senegalese capital, Dakar, was due to run from March 23 to 28 under the theme, "Growth, Inequality and Unemployment." Announcing the decision Saturday in the packed Hall of Congress at the King Fahd Hotel, Pierre Ndiaye, the new chairman of the bureau of the 'Committee of Experts', said the adjournment followed days of negotiation after Morocco objected to the SADR participating. The committee sets the agenda for a ministerial conference that was due to begin Monday.

SADR is the government proclaimed by the Polisario independence movement of Western Sahara, a former Spanish colony. The group launched a rebellion against colonial rule, prompting Spain's withdrawal in 1976.  Morocco says the phosphate-rich region is part of Morocco and sent troops to reinforce its claims, sparking a war between Moroccan and Polisario forces.  Over the years, the SADR has won recognition from dozens of countries and was admitted to full membership of the Organization of African Unity (OAU) – the African Union's predecessor – in 1984.

Morocco walked out of the OAU in protest over Western Sahara's admission. In January, 33 years later, Morocco joined the African Union, marking the first time that the panAfrican organization enjoyed the membership of all 55 African nations.

The rival claims to Western Sahara have divided world opinion and were again the source of debate at this year's AU-UNECA meetings. Although the SADR is an AU member, it has not been admitted to the United Nations. The joint sponsorship of the finance ministers' sessions by the AU and the UN's Africa economic commission became a basis for the dispute over participation.

During one acrimonious session in Dakar, Morocco looked isolated, with some delegates, including representatives from two of the continent's giants - Nigeria and South Africa - arguing for the continuation of the meetings with SADR's presence. The UNECA faced a more delicate dilemma.

"The body finds it difficult to continue the meeting with the objection being raised by Morocco," UNECA's Deputy Executive Secretary, Giovanie Biha, said, when prodded to state the UN body's position as co-host of the meeting.  But she emphasized that although UNECA recognizes Morocco's right to reject a non-member state, "the ultimate decision rests with member states". She noted that UNECA was only a secretariat.

Other delegates reminded the audience that the AU has its own protocol and therefore the meeting can not be "rested entirely" on UNECA's regulations.

Announcing the adjournment, Ndiaye said the organisers had taken into account the different positions presented and were unable to find a legal and diplomatic solution that would allow the meeting to proceed as a joint one. He said a new date will be communicated to member states.

Organizers were keen to point out, however, that despite the impasse, the many side events previously planned are taking place as scheduled.

At one event on sustainable financing for health, Senegal's health minister, Awa Marie Coll Seck, identified three of challenges the health sector in Africa faces: epidemics, lack for funding for the health sector, and problems with budget allocation.

"However", she said, "Senegal has enjoyed regular growth in the budget for the health sector." She attributed this to the "priority" which President Macky Sall places on social development and also the good relationship between the ministries of health and budget.  Coll-Seck said that universal health coverage is also "crucial for social and economic growth," but pointed out that "Africa is still learning in this regard."

Meanwhile, UNECA's flagship Economic Report on Africa 2017 has been launched. The report, titled "Urbanization and Industrialization for Africa's Transformation", recognizes that the continent is undergoing rapid urbanization - with a projection of nearly 50 percent of Africans to be living in urban areas by 2035.

It therefore calls on governments to tap into the urban advantages of industrial development. "Governments at all levels have to make hard choices for the scale and type of investments they need to make, and for the spatial pattern and urban form they want to see," the report says.

In Dakar, Joint AU-Eca Conference Postponed to a Later Date