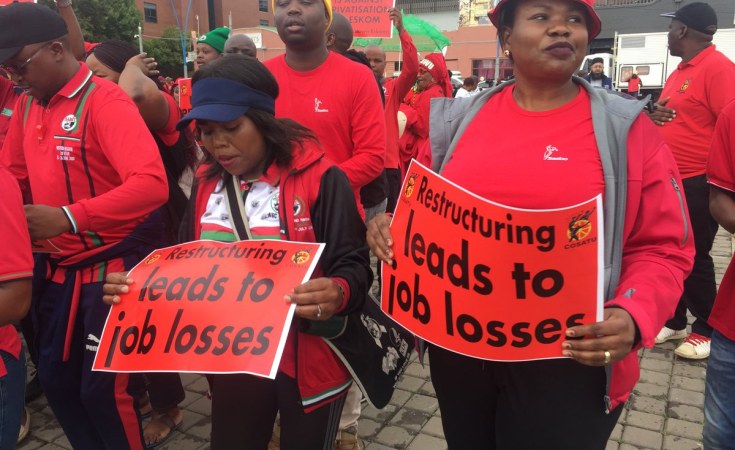 Cape Town — The Congress of South African Trade Unions has together with its affiliate unions, embarked on a national strike today.

Among the union's concerns are the alarming rate of retrenchments and the high unemployment rate in the country.

Representatives have also expressed concern at racism in the workplace and society as a whole, and are also fighting for the occupational health and safety of workers.

The union has stated its support of the government's push for the National Health Insurance, making the access to quality healthcare a reality for all South Africans, while also expressing its concern for the level of crime and corruption that is being experienced in the country at present.

Previous Story
Next Story
Fix Eskom and Hands Off Our Jobs, Warns Cosatu

Fix Eskom and Hands Off Our Jobs, Warns Cosatu 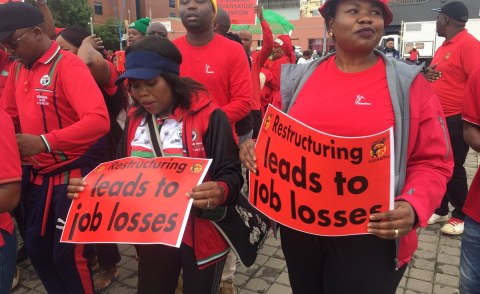 South African Unions Down Tools In National Strike
Tagged:
Copyright © 2019 allAfrica.com. All rights reserved. Distributed by AllAfrica Global Media (allAfrica.com). To contact the copyright holder directly for corrections — or for permission to republish or make other authorized use of this material, click here.