Africa: To Achieve a Malaria-Free World, We Need Lifesaving Tools to Reach Everyone 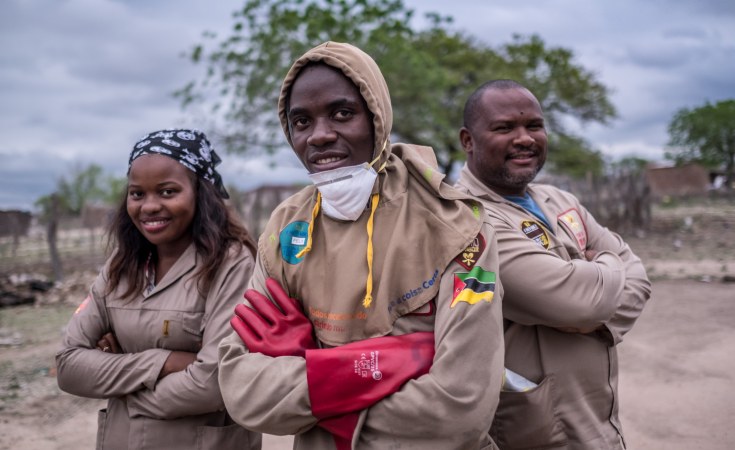 As a doctor, I have seen the devastating toll of malaria firsthand. Working as a physician in my home country of Cameroon, I’ve been shocked watching once-healthy patients arrive at the hospital feverish and shaking, sometimes going on to experience kidney failure, seizures and altered state of consciousness. Some of these patients don’t survive – even though malaria is preventable and treatable. I can’t think of a person I know who has not been touched by malaria in my country.

While the world has made significant progress against the disease in the past two decades, in recent years that progress has stalled or even reversed in some countries, including Cameroon. Malaria remains a serious threat—especially for vulnerable populations like women and children.

What frustrates me the most is that we have effective tools to prevent, diagnose and treat malaria. But these tools are not reaching everyone, especially our most vulnerable. To reverse this trend, we need to ensure that lifesaving tools are getting into the hands of people who need them most.

My personal experience has shown me that preventative tools like insecticide-treated bed nets are still not reaching every person in a given community. In 2017, only half of all people at risk of malaria in Africa were sleeping under a bed net. Although this is an increase from around 30 percent in 2010, it is not nearly enough.

As a medical doctor, I understand acutely the dangers of sleeping without a bed net. I remind my patients, friends and family regularly to protect themselves with one. However, in Cameroon bed nets are distributed during the day, when many people, including myself, are at work. This means that even as a doctor, I am at times unable to secure a bed net for myself. I find that on average, I suffer from malaria once every year. My story demonstrates the importance of making sure that all members of a community have equal access to preventative tools.

When people can’t access lifesaving tools like bed nets and treatment, under-served populations are the most affected. Children are particularly vulnerable, as they are the most likely to experience severe malaria. Yet between 2015 and 2017, only 29% of children who had malaria-like symptoms received any antimalarial drug, due in part to poor access to health care providers.

One part of the problem is that parents often don’t take their children to the hospital or clinic at the first sign of illness, relying on the counsel of pharmacies instead. This is often because hospital care is more expensive than visiting a pharmacy. But without proper testing, malaria symptoms can often be confused with other illnesses, like typhoid fever, which are treated with different medicines. When pharmacists prescribe these other medicines, patients get sicker and the risk of drug resistance increases.

This is why many children do not arrive at a hospital until their condition is quite serious, which contributes to the high malaria mortality rate in Cameroon—about 29 per 100,000 people in 2017. Too often I have been forced to break the news to parents who have waited to bring their children to the hospital that nothing more can be done to save their child.

Hope for a malaria-free future

Despite these challenges, I remain optimistic about a future free from the burden of malaria. There have been several areas where I’ve seen real progress in Cameroon.

An important change implemented in the past few years is the provision of free testing and treatment for children under five and expectant mothers. This is a critical step to making sure the most vulnerable among us have access to the tools they need to stay healthy.

In addition, widespread education efforts have helped more people understand the risks associated with malaria and how best to protect themselves. Creative approaches featuring pop stars and athletes visiting health care facilities and sharing bed nets help raise awareness about malaria and ensure people have the information they need to make smart decisions about their health.

Cameroon is also working towards adopting a Universal Health Coverage (UHC) strategy in collaboration with the World Health Organization. The adoption of such a policy would represent a commitment to expanding access to the type of care that could ultimately help eliminate malaria.

No one should die from malaria. In order to sustain momentum toward the goal of eliminating malaria in Cameroon and around the world, we must ensure that lifesaving tools to prevent, diagnose and treat malaria reach everyone in need. If we can accomplish that, we can make the dream of a malaria-free world a reality.

Dr. Roland Ngu is a consultant at the Centre for Tropical Medicine and Global Health at the University of Oxford and an ExxonMobil Global Health Scholar.

Malaria Kills 360 People in Four Months in Mozambique
Tagged:
Copyright © 2019 allAfrica.com. All rights reserved. Distributed by AllAfrica Global Media (allAfrica.com). To contact the copyright holder directly for corrections — or for permission to republish or make other authorized use of this material, click here.

How Reckless Mining is Destroying Livelihoods in Zimbabwe
Transport