Nigeria: Our Girls Need You! 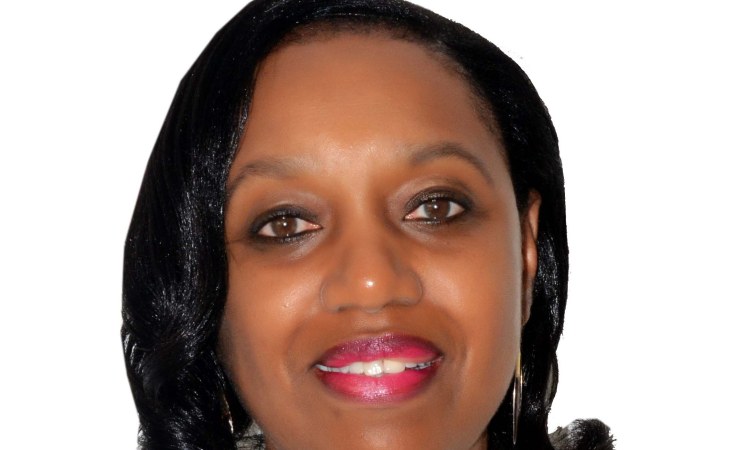 Every Woman Treaty
Eleanor Nwadinobi, MBBS, EMA, FAAC, Nigeria, is an independent gender, health, women’s rights, and women, peace, and security consultant. She has worked on a wide range of issues including child trafficking, girls education, peace building, and violence prevention with the African Union, ECOWAS, UNICEF, the World Bank and others. Eleanor oversaw the women, peace and security networks that conducted advocacy on the Nigerian National Action plan, including special initiatives around widows and persons with disabilities in conflict-prone environments. The network actively advocated for the release of the 200 Chibok girls abducted by insurgents.
allAfrica.com
guest column By Dr. Eleanor Nwadinobi

Five years ago, in April 2014, the world gaped in horror at the news that Boko Haram insurgents had swarmed out of the Sambisa Forest in northeastern Nigeria's Borno State to kidnap some 200 girls in the village of Chibok. As you may recall, the #BringBackOurGirls hashtag trended worldwide in protest of this crime against humanity. For the moment, it seemed the whole world embraced the hostages as "our girls" in recognition that we humans are all in a sense one family. The whole world rallied. Nobel laureate Malala Yousafzai visited Nigeria and called the girls "my sisters." In the U.S., First Lady Michelle Obama participated in the Bring Back Our Girls social media campaign.

Boko Haram has released about 90 of the Chibok girls. But while the international headlines have stopped, the abductions continue. In Nigeria, we have learned that a global outcry on behalf of our girls — without effective interventions and financial resources — is not enough. That is the great lesson of the Chibok kidnappings.

In February 2018, the terrorist group—ranked as the world's deadliest by the Global Terrorism Index— abducted 106 more girls from their school dormitory in the village of Dapchi, in Yobe State. The Nigerian government negotiated for the return of all but one of the Dapchi girls: Leah Sharibu, who refused to renounce her Christian faith in exchange for release. Activists commemorated her 16th birthday in absentia on the 14th of May.

Since 2014, the Nigerian army has routed the insurgents from several forest bases where they had dug air raid shelters and tunnels. The region's security forces, assisted by international allies, had an impact in reducing the size and effectiveness of Boko Haram. As a result, the terrorist group has splintered into factions, the largest of which is the Islamic State West African Province (ISWAP).

However, after these initial successes, the international community has largely looked away. But now, there are no more international headlines or campaigns to bring home our girls.

Sharibu and 112 of the Chibok girls remain in captivity. Tukur Buratai, Nigeria's Chief of Army Staff, recently said, "The threat of Boko Haram is quite real; they have been dealt with but they are still much around."

On the night of March 10, 2019, Boko Haram stormed out of the Sambisa Forest again, in Toyota Hilux pickup trucks, motorbikes, and bicycles to raid three villages in southern Borno State for food and supplies. They also kidnapped two young sisters—and shot a third girl in the leg as she fled—just 25 kilometers south of the forest.

I heard about the kidnappings from a few local newspaper accounts with differing information, not through international media. Through a contact, I learned that the two kidnapped sisters are Stella Ibrahim, 14, and Dagulaya Ibrahim, 10. Their entire village (less than an hour's drive from Chibok) has evacuated; the girls' family has fled to another state far away. The mother is so heartbroken that she has fallen ill and had to be hospitalized. Every waking moment, she prays for the return of her girls—and all of our girls.

First, the international community needs to help provide the kinds of resources needed for Nigeria to address the root causes of the Boko Haram insurgency and its resulting violence against women and girls. Women's rights advocates worldwide cannot afford to forget about Boko Haram's sexual violence, including the mass kidnappings and enslavement of girls. Boko Haram is a non-state actor waging war against four nations—creating regional insecurity and instability in West Africa—and women and girls face the brunt of the brutality.

This dynamic of women and girls being the most vulnerable in violent conflict is true all over the world. According to the UN Office of Drugs and Crime, 79 percent of human trafficking victims worldwide are women and girls. Globally, at least one in three women has experienced gender-based violence in the forms of beatings, rapes, or other brutality.

Second, the United Nations should reopen its dialogue about the international community's responsibility to protect survivors of crimes against humanity, such as mass abductions of women and girls, mass killings, and the displacement of tens of thousands of people. Boko Haram is not just a regional issue; it is a global problem that requires the international community to provide assistance and capacity building to states that are under stress and unable to protect their civilian populations from mass atrocity crimes.

Third, we need to implement legal standards to hold nations accountable for meeting measurable standards on violence against women. A global treaty can help with this and drive commitments of vital funding and resources from the international community.

The campaign for a global treaty

The international community should support the global campaign launched in March by the international nonprofit Every Woman Treaty for a global treaty to end violence against women and girls. Every Woman Treaty convened global experts on sexual violence and gender equality in 128 countries, of which I am one. We studied recommendations from the United Nations, the World Health Organization, and scholarly research on how to solve the problem of violence against women and girls and found that a global treaty provides is the most powerful step the global community can take to address an issue of this magnitude.

The tools that are in place, such as the 1993 UN Declaration on the Elimination of Violence against Women and the General Recommendations to the 1979 women's equality treaty (the Convention on the Elimination of all Forms of Discrimination Against Women, or CEDAW) and regional treaties, have brought the issue into the global conversation and made addressing violence against women urgent and necessary. The next step is ending it with a global treaty.

Unlike declarations and recommendations, a treaty will create a legal mandate requiring nations to enact tested, proven, and measurable interventions. The treaty will generate the enormous political will that gets nations to act, and will catalyze an increase in funding (as the Landmine Treaty and the Global Tobacco Treaty have done), bringing more resources for all to prevent violence against women and girls.

When we pledge to "bring back our girls," what we're really saying is that these girls are our sisters. And only as a global family can we make the world safer for every woman, and every girl, everywhere.

Dr. Eleanor Nwadinobi of Nigeria is a medical doctor and  expert on  gender, health, and human rights. She co-chairs the Every Woman Treaty Steering Committee.

Dapchi Girls Abduction a Grim Reminder of Chibok
Tagged:
Copyright © 2019 allAfrica.com. All rights reserved. Distributed by AllAfrica Global Media (allAfrica.com). To contact the copyright holder directly for corrections — or for permission to republish or make other authorized use of this material, click here.