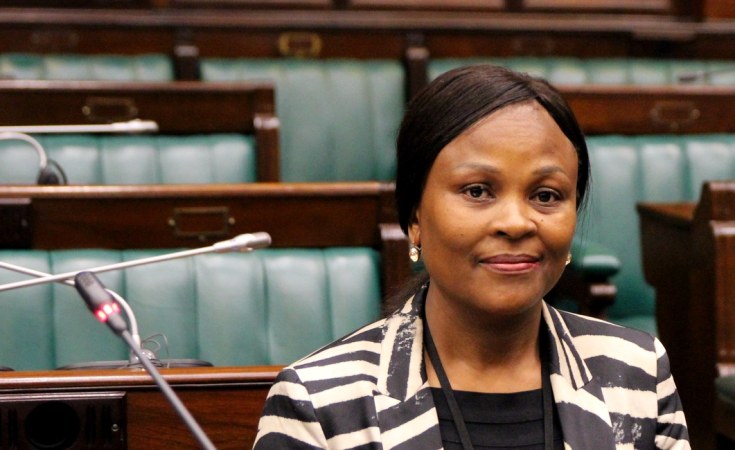 Cape Town — President Cyril Ramaphosa has been granted his application before the Pretoria High Court to suspend Public Protector Busisiwe Mkhwebane's order for remedial action to be taken against him, relating to a donation he received towards his presidential campaign. The R500,000 contribution was received from Bosasa - a company that has received a number of government contracts that were reportedly awarded irregularly.

The president had written to Mkhwebane, saying that no remedial action would be taken against Gordhan until the outcome of his review process against the report had been concluded and this letter was found to be "rational and reasonable" according to Judge Lettie Molopa-Sethosa.

Mkhwebane, joined by political party the Economic Freedom Fighters, challenged this, saying it amounted to the president avoiding taking action against Gordhan.

Gordhan had successfully interdicted Mkhwebane from enforcing remedial action stipulated in another report, which found he had violated the constitution through his involvement in the so-called "rogue unit" at SARS. He said that the remedial action would cause him irreparable harm - an assertion which Judge Sulet Potterill agreed on, granting Gordhan an interdict, saying that the suspension would not weaken the public protector's office. The judge added that Ramaphosa could not be criticised for waiting for the court's decision on Gordhan, before implementing the remedial action stipulated by Mkhwebane.

The matter remains before the courts.

Court Orders South Africa's Mkhwebane to Pay Costs in Estina Case
Tagged:
Copyright © 2019 allAfrica.com. All rights reserved. Distributed by AllAfrica Global Media (allAfrica.com). To contact the copyright holder directly for corrections — or for permission to republish or make other authorized use of this material, click here.