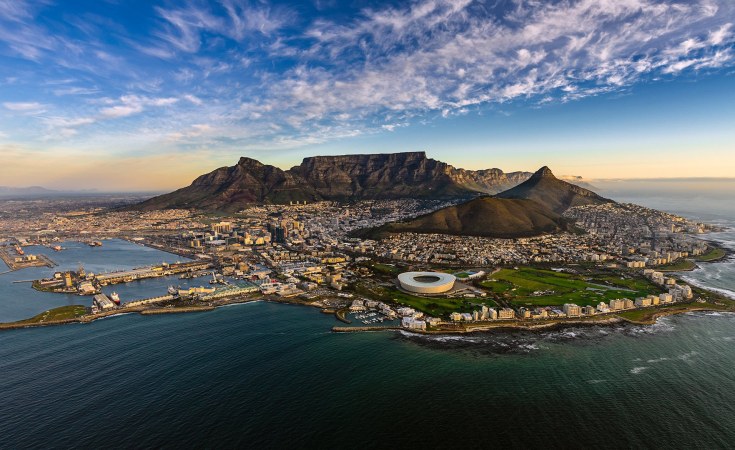 The meeting could not have come at a more challenging time as many Nigerians fell victim to renewed xenophobic attacks, particularly in the Gauteng Province. Many had their businesses destroyed or damaged and many Nigerian citizens opted to return home on an Air Peace airline that offered the service for free.

The meeting between the two presidents were cordial and new economic and trade initiatives were discussed. Relations between the two countries were always on a good footing, since the first democratic elections in South Africa in 1994.

Ramaphosa in his newsletter, said "President Buhari and I both firmly believe that the prosperity and stability of our two nations - and all other countries on the continent - requires that South Africa and Nigeria have strong relations at an economic, trade, social, political, diplomatic and people-to-people level. This will result in a much more integrated and more cohesive Africa". He also emphasised the need for South Africa to embrace the African Continental Free Trade Agreement, AfCFTA, which would assist South Africa to grow its own economy in the long term, and calling the initiative a "game changer".

Ramaphosa said that recent public violence targeting foreign nationals "challenged our efforts to build stronger ties with other African countries. Fueled by misinformation spread on social media, these attacks provoked much anger in different parts of the continent leading to threats against South African businesses and diplomatic missions". He said he welcomed the valuable and constructive discussion with his counterpart on this issue. "We were both clear in our condemnation of attacks against foreign nationals in South Africa, as well as reprisal actions against South African interests in Nigeria. We emphasised the need for South Africans in Nigeria and Nigerians in South Africa to respect and obey the laws of their host countries. Importantly, we agreed to set up an 'early warning mechanism' through which our two countries can share information, coordinate efforts and act to prevent any recurrence.

Nigeria and South Africa's contribution to each other's economies sees more than 100 South African firms with investments in Nigeria and over 1,700 have active trade in the country while over R50 billion (U.S.$3 billion) was spent on trade in 2018. South Africa also imports a significant amount of its fuel from Nigeria. For its part, South Africa exports a wide range of products to Nigeria, including machinery and appliances, minerals and chemical products.

A new era of intra-African trade, where African countries no longer look abroad for the products and services they need, but to other countries on this continent. In so doing, they will be helping to establish new African industries, create African jobs, open up new markets and steadily turn the continent into a powerhouse of global production. Our commitment to developing Africa through greater integration is not merely sentimental or ideological. It has already, and will in time to come, bring very real material benefits for this country. African integration is overwhelmingly and undeniably in our national interest. Our future is in Africa, with Africa, Ramaphosa said.

Pressure on Nigerian Govt to Sue South Africa Over Xenophobia
Tagged:
Copyright © 2019 allAfrica.com. All rights reserved. Distributed by AllAfrica Global Media (allAfrica.com). To contact the copyright holder directly for corrections — or for permission to republish or make other authorized use of this material, click here.