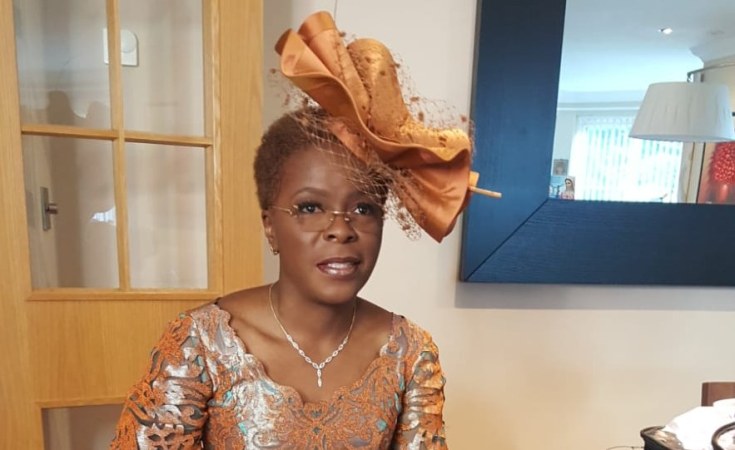 LONDON, 22 October 2019 — Digital governance and tech entrepreneur Dr Nneka Abulokwe has been awarded the distinction of Officer of the Order of the British Empire (OBE) by Her Majesty Queen Elizabeth II. The award, which is part of the 2019 Queens Birthday Honours List, was formalised today at an investiture ceremony at Buckingham Palace.

Abulokwe received her OBE for Services to Business. Founder and CEO of MicroMax Consulting, she has introduced an innovative form of governance for the digital world. She has had an extensive career over the last 25 years, driving innovative technology and business transformation initiatives for some of the largest multinational digital transformation organisations.
People-centric governance is Abulokwe’s passion. “Put people first and the governance follows,” she says. She posits that governance should invariably be about winning the hearts and minds of employees, and about fostering a culture of accountability.

A dual British/Nigerian national, Abulokwe was born in London to parents from Nigeria and Jamaica. she grew up in Nigeria’s south-eastern city of Port Harcourt, where she earned her bachelor’s degree in history from the University of Port Harcourt in 1991. She returned to her country of birth that same year to pursue her master’s degree at the University of London and later a doctorate in business administration from Cranfield University School of Management.

Abulokwe is one of the first black female professionals to sit on the board of a multi-national tech company in the UK. She has received many distinguished awards. Highly regarded in the field of tech enablement and governance, she was recently ranked number 4 of the Financial Times Top 100 Black, Asian, Minority, Ethnic (BAME) Tech Leaders for 2018. She was named as a finalist for Governance Professional of the Year 2018 Award by the Governance Institute. She was also named in the 2019 Powerlist 100 most influential black business leaders. She was 9th overall in the 2018 and 2019 Financial Times EMpower Ethnic Minority Executives and Role Models List. And she was listed among the top 100 influential people of African and Caribbean origin in the UK. Forbes Magazine has interviewed her about boardroom diversity.

Abulokwe describes herself as a proud export of Nigeria and Jamaica, her parents’ countries of origin and hers equally. She has spoken at many conferences in Nigeria, among other countries, and has featured on prime-time television in Nigeria. She is equally passionate about mentoring and empowering women.
### Media Contact Email: richard@editorsquill.com Tel: +44 74 2939 7970 editorsquill.com