At least eight people have been killed after a three-storey school building collapsed in a densely populated area of Lagos. Thirty-seven people have been rescued from the rubble, but dozens are feared trapped. 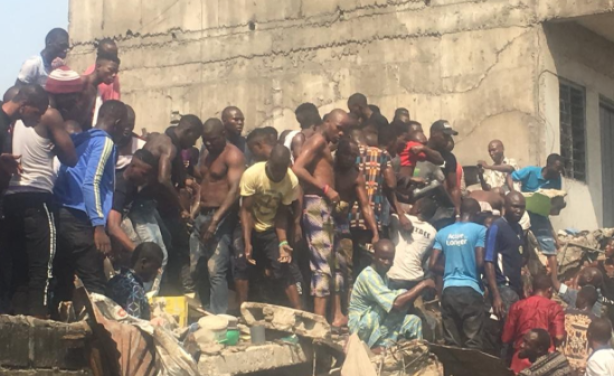