Tropical Cyclone Idai has made landfall in Mozambique, according to the National Institute of Meteorology. The cyclone brings strong winds (160-190km per hour), heavy rainfall (over 150mm in 24 hours) and severe thunderstorms. 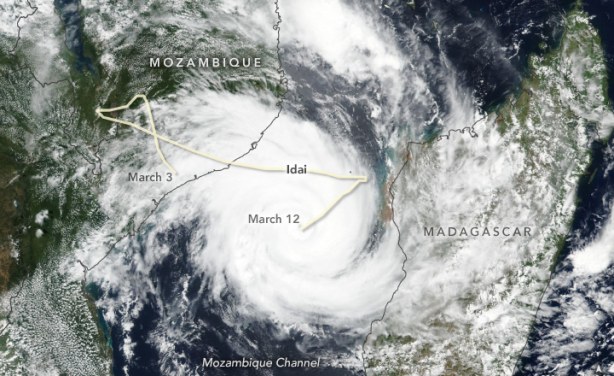