In a meeting with their counterparts to discuss ways of protecting African countries from violence and instability, U.S. Army Africa Commanding General Roger Cloutier said that in keeping with the theme, "tomorrow's security demands leadership today", the U.S. is focused on the roles Africa's land forces chiefs, and the role senior leaders have to play in developing defense systems, institutions that are trained, capable professional forces that respect the rule of law and human rights. 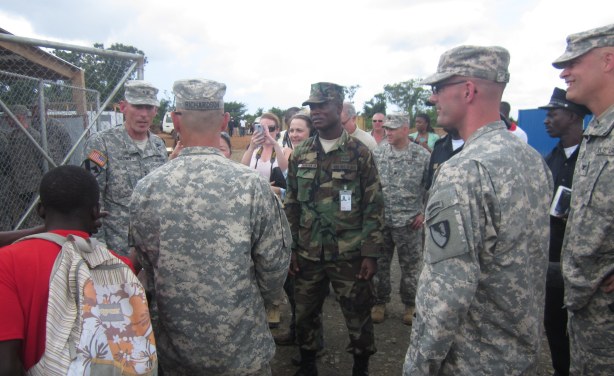