"In these strange moments of uncertainty and fear, the news from America has broken our hearts," said a group of African singers, artists, academics, journalists, civil society and business leaders, touched by the killing of George Floyd. They have issued a solidarity statement condemning police brutality and calling for renewed and increased relationships between Africans everywhere and African Americans. They are calling on the public to sign a Change.org petition they have posted. 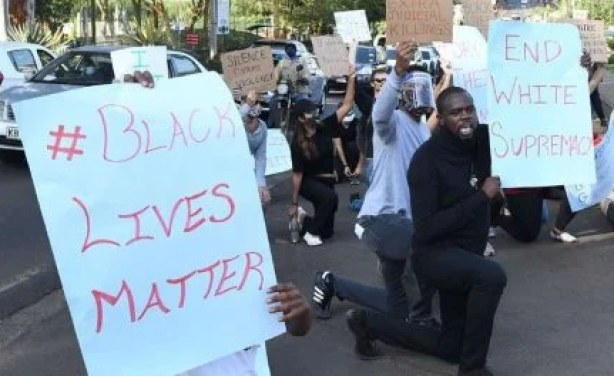 Protesters outside the US Embassy in Nairobi on June 2, 2020.