The UN refugee agency says several thousand people have fled from election-related violence in Côte d'Ivoire to seek sanctuary in neighbouring Liberia, Ghana and Togo, fearing a repeat of the major conflict that followed the election in 2011. It says "violent clashes erupted after the presidential election which was held on 31 October leaving at least a dozen dead and many more injured, according to the latest reports". The Liberian government issued a statement distancing itself from the ongoing post-election violence after claims from some Liberian opposition figures in exile that the George Weah-led government is supporting the unrest. President Alassane Ouattara, who has served for two terms, had previously promised to step aside and make way for a "new generation" of leaders, drawing praise from France and other global allies. But everything changed after the death of his party's candidate, Prime Minister Amadou Gon Coulibaly. He soon declared his candidature amid huge condemnation from his opponents. 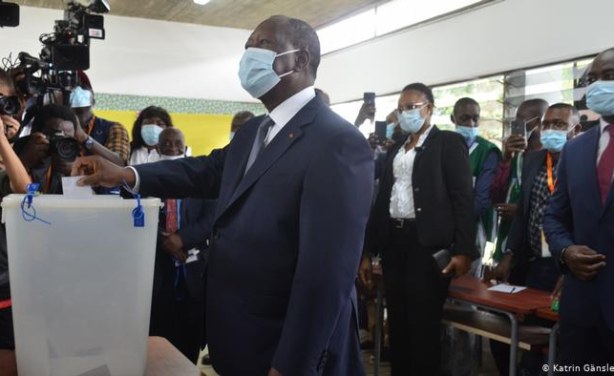