Incumbent Nana Akufo-Addo, who ran for re-election on the platform of the New Patriotic Party, won in eight of the 16 regions while his challenger, former president John Mahama of the National Democratic Congress, won in the other eight. Jean Mensah, chairperson of the Electoral Commission of Ghana, said that results in one constituency were outstanding but could not change the outcome. However, the NDC has said it will not accept the election results, with a party member saying that there was "overwhelming" evidence that Mahama was in fact the winner. 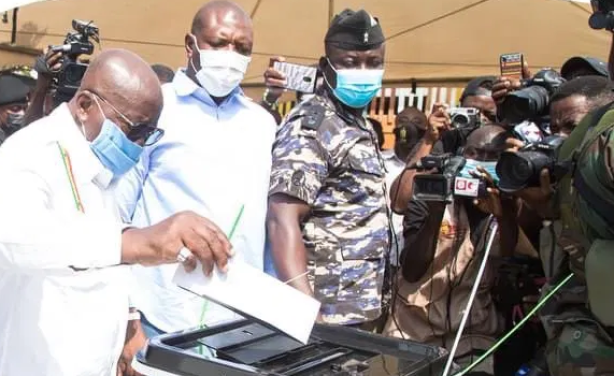