A 2005 United Nations document discusses different aspects of reparations, including apologies for past harms, the right to know the truth, and financial compensation. Over the past 15 years (following the 2005 UN report) there has been no progress on these issues, not even over the issuing of an apology, writes Rhoda E. Howard-Hassmann for The Conversation.

One way to identify the responsibilities of former slave-trading Western states might be through a truth commission on the slave trade. Critics might argue that such a truth commission should discuss all actors in African enslavement. About 14 million people were taken from Africa in the trans-Atlantic slave trade, but another 10 million were taken in the Arab trade.

One problem in the discussion of financial reparations for the trans-Atlantic slave trade is which former slave trading and slave-holding nations might owe financial reparations to Africa. Western critics might still ask why they should pay reparations to Africa; western countries willing to pay reparations could finance specific projects connected to the slave trade. They could donate funds to maintain African museums and historic sites of the trade. They could also fund educational programmes to study the trans-Atlantic trade, or fund a truth commission on the slave trade. 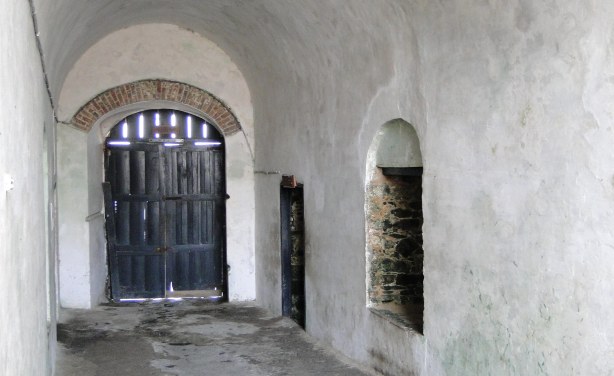 Cape Coast Castle's infamous "Door of No Return", where 200 years ago thousands of African slaves were sent to colonies in North America under brutal conditions (file photo).