Sierra Leone has commemorated the 30th year since the start of its 11-year civil war, which began on March 23, 1991. At least 120,000 people died during the conflict and victims of clashes between armed factions and government forces remember this traumatic period as they still struggle to rebuild their shattered lives. The civil war began in a rural part of eastern Sierra Leone when rebels from the Revolutionary United Front (RUF) with support from the special forces of Charles Taylor's National Patriotic Front of Liberia, intervened in an attempt to overthrow the Joseph Momoh government. It brought all of the health and economic infrastructures down to zero as the many clinics that had been established by the government were completely demolished.


During the war, numerous atrocities were committed including rape, mutilation, and mass murder, causing many of the perpetrators to be tried in international criminal courts, and the establishment of a truth and reconciliation commission. Sierra Leone has been a nation plagued with civil wars and poverty since gaining independence in 1961. Despite being one of the few countries in the world that has precious natural resources such as diamonds and rare minerals, this nation continues to suffer from extreme poverty. 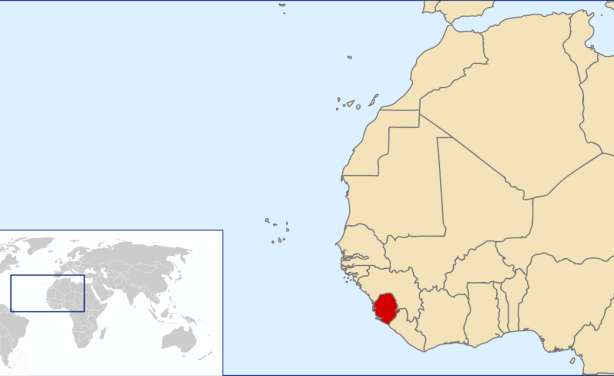 A map showing the location of Sierra Leone.