The Chadian army said on Monday that it had killed 300 rebels who had staged a major incursion into the north of the country, adding that it had lost five of its soldiers in clashes over the weekend, Radio France Internationale reports. The heavily armed rebel group launched their attack from a base in Libya on April 11, the day of Chad's presidential election. The United States embassy has ordered the evacuation of all non-essential personnel, the British government has urged its citizens to leave Chad and French authorities have called for their nationals in Chad to avoid any non-essential travel outside the capital.

Partial election show incumbent President Idriss Deby on course to extend his three decades. Deby has won a majority in all but two of the 84 departments announced so far, with 28 departments remaining, according to the Independent National Election Commission (CENI). 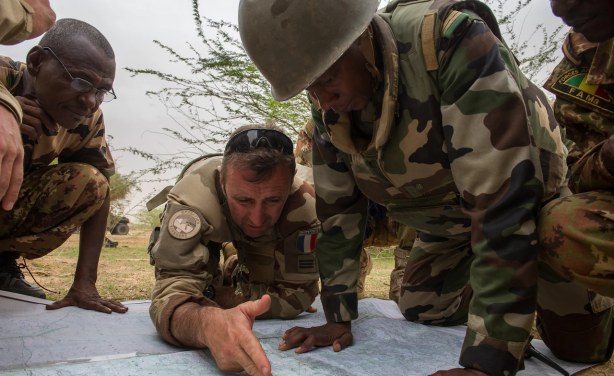 A French soldier works with African military leaders as part of Operation Barkhane.