President Idriss Déby looks set to be elected for yet another term in Chad following the presidential elections held on April 11, 2021. In power since 1990, this will be the 68-year-old incumbent's sixth term. When he was nominated to be the ruling Patriotic Salvation Movement's flagbearer this February, the announcement sparked widespread demonstrations. In the capital N'Djamena and other major cities, protesters took to the streets chanting "no to a sixth term!" and "Leave, Déby!". The government responded with force, arresting hundreds of protesters. They charged several with assault and disturbing the peace. In anticipation of more street action, authorities also imposed a blanket ban on protests and on Internet restrictions.

This determination to cling to power, along with the brutal treatment of opponents, is consistent with the broader picture in Central Africa. Throughout this region, politics has been militarised and electoral periods are characterised by violence and instability. Equatorial Guinea's Teodoro Obiang and Cameroon's Paul Biya are two of the world's longest serving presidents, having been in office for 42 and 39 years respectively. The Republic of Congo's Denis Sassou Nguesso is referred to by some as an "Emperor", having ruled for 36 years over two periods. Gabon's Ali Bongo has been president for a comparatively brief 12 years but was preceded by his father who ruled for 42 years before that, writes David Kode for African Arguments. The Atlantic Council's Cameron Hudson says Paris and Washington must decide whether to continue support for Déby in the face of democratic aspirations expressed by citizens in Chad. 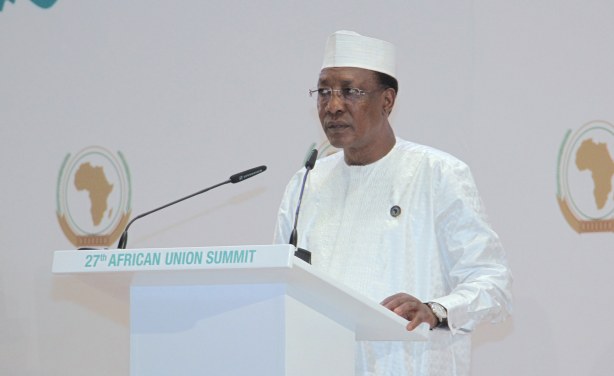