Research group Stockholm International Peace Research Institute (SIPRI) has identified a link between climate change and extremism in Mali. This report detailed how environmental changes, including limited land, lack of fresh water and other natural resources, are at least partly driving the growth of extremist groups operating there. With most Malians relying on natural resources for their livelihoods, a lack of economic alternatives in some areas means other players, such as extremist groups, are more likely to step in and offer false promises. While SIPRI's report focused on Mali, the effects of climate change also transcend national boundaries across the Sahel. The report focused on the multilateral deployment of the United Nations Multidimensional Integrated Stabilization Mission in Mali (MINUSMA). The peacekeeping mission was established in 2013 in the wake of the Tuareg rebellion to bolster the government and neutralise extemist groups, which are heavily involved in organized crime and human trafficking. The mission is considered a priority due to its impact beyond Mali's borders, with its mandate due to expire in June 2021. 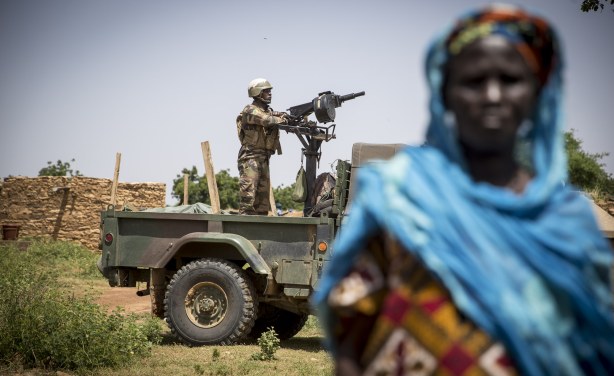 A UN peacekeeper in the village of Diallo in the Bandiagara area in Mopti in Mali (file photo).