Researchers from the University of Oxford and its partners have reported findings from a Phase IIb trial of a candidate malaria vaccine, R21/Matrix-M, In their findings, they note that they are the first to meet the World Health Organization's Malaria Vaccine Technology Roadmap goal of a vaccine with at least 75% efficacy - days before World Malaria Day on April 25. 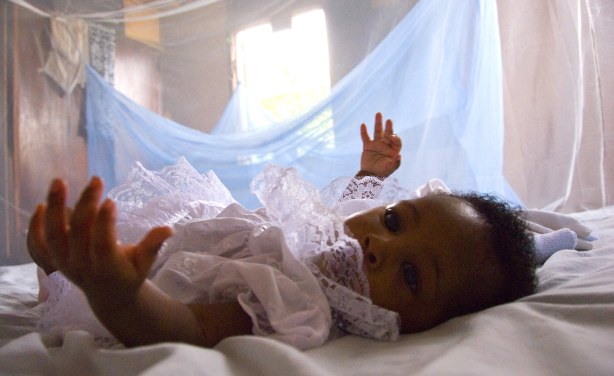 An infant surrounded by a protective mosquito net in Ghana.