Minister of Information and Culture, Alhaji Lai Mohammed, has said that Twitter and its CEO Jack Dorsey indirectly liable for the losses the country suffered during the #EndSARS protests. Mohammed alleged that Dorsey raised funds through Bitcoin to sponsor the protests while his Twitter platform was used to fuel the crisis. In October 2020, thousands of Nigerians took to the streets under the slogan #EndSARS to protest against the Special Anti-Robbery Squad, whom they accused of murder, torture, and extortion. A new unit, the Special Weapons and Tactics Team (SWAT), was formed to replace the controversial, disbanded SARS.

The minister said it was unfair to conclude that the operation of Twitter was suspended indefinitely because it deleted President Muhammadu Buhari's message. He said the government was unambiguous that the action was taken because the platform was being used to promote the views of those who wanted to destabilise the country. Dorsey and the social media firm have not yet responded to the allegations. Twitter is in discussions with the government after it was banned in Nigeria on June 4, 2021. 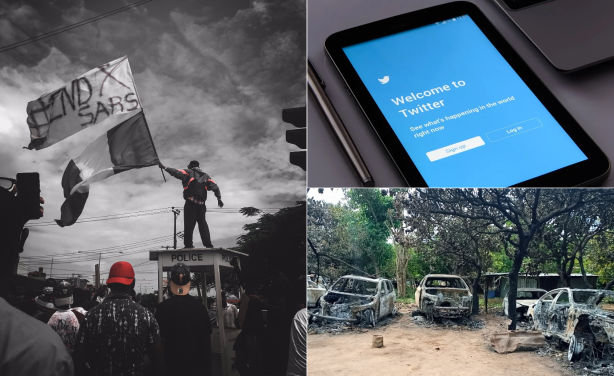