The comprehensive report, produced by the African Committee of Experts on the Rights and Welfare of the Child, identifies progress made, and challenges encountered by African governments and sets priority areas in the implementation of Agenda 2040.

It also exposes emerging challenges and guides future strategies and interventions for the protection and promotion of children's rights in Africa. It also sets out the aspirations, indicators, goals and targets aimed at benefiting Africa's children.

The assessment report covers the first phase - 2016 to 2020. The report notes that, among other things, campaigns, declarations and rallying efforts around particular themes has had a marked effect towards the protection of children's rights and well-being.

For instance, the campaign against harmful cultural practices, in particular child marriage resulted in significant changes in legislation, policies and practice. Also, the report notes that there is change in public attitudes on issues around child marriage. 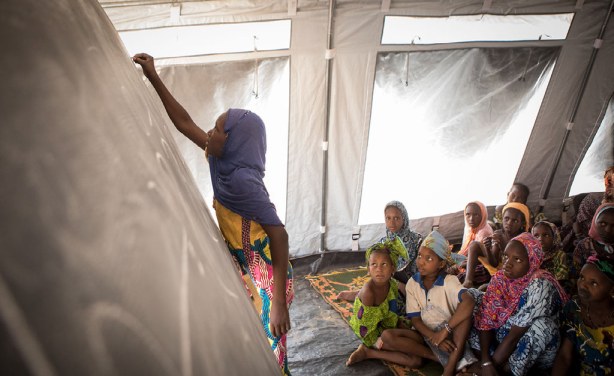 A student writes on the blackboard of a temporary learning space in a camp for internally displaced people in Mopti, Mali, in April 2019.