The European Union has created an air bridge to Pemba, capital of the northern Mozambican province of Cabo Delgado, to deliver life-saving aid to victims of insurgency. The first EU Humanitarian Air Bridge flight, co-organised with Italy and Portugal, arrived in Pemba on July 3, 2021 carrying 15 tonnes of life-saving cargo. So far this year the EU has donated over 17 million Euros (about U.S.$20 million) in humanitarian aid for Mozambique, mainly to assist those who have been displaced from their homes.

In June 2021, leaders within the Southern African Development Community (SADC) approved the deployment of a SADC standby force to Mozambique, during a summit held in Maputo. The aim is to combat the insurgency and acts of violence in Cabo Delgado which has been under intense attack from insurgents for more than three years. The SADC summit on June 23, 2021 was the third time in a matter of weeks that the SADC discussed the issue.

At least 700,000 people, including at least 364,000 children, are now displaced in the provinces of Cabo Delgado, Nampula, Niassa, Sofala and Zambezia as a result of violence and insecurity. At least 2,852 people have reportedly died in the conflict, including 1,409 civilians, although this number includes only reported deaths and it is expected that the true number is much higher. 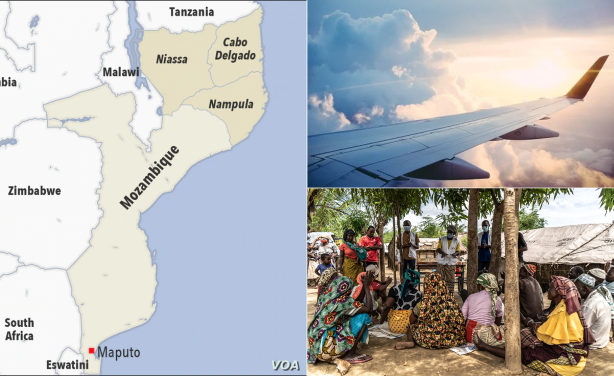