Renowned Nigerian author and feminist Chimamanda Ngozi Adichie delivered this year's second vice-chancellor's open lecture at the University of Cape Town (UCT) amid a wave of criticism from the university's Students' Rrepresentative Council (SRC), which accused her of being transphobic.

They boycotted the lecture because of an interview with BBC in 2017, where Adichie said "trans women are trans women" in response to a question about whether she considers trans women as real women. She apologised after getting a backlash. She was criticised by members of the LGBTQIA+ community for the comment, saying she is transphobic.

The university however said it viewed the lecture as an opportunity for debate and different perspectives on the same issue. 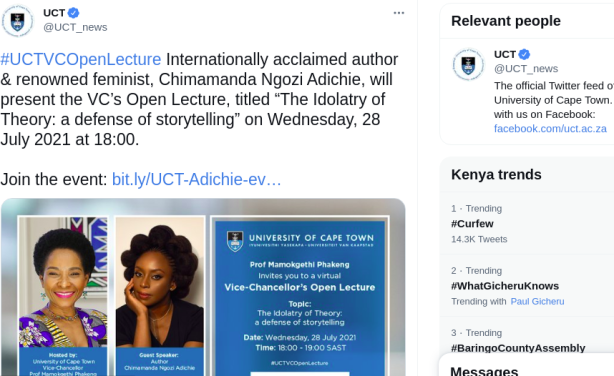