After nearly eight months of suspension by the Cameroonian authorities, medical humanitarian organisation Médecins Sans Frontières (MSF) has been forced to withdraw its teams from the North-West region, an area badly affected by years of armed violence between security forces and armed separatist groups.

Cameroonian authorities have accused the aid group of helping separatist groups in the country's English-speaking northwest region, a charge the group has strongly denied.

MSF had provided free emergency medical care and ambulance services in the North-West region from 2018 until December 2020, when Cameroonian authorities in the region suspended activities.

The conflict began in earnest after the government of President Paul Biya, 88, responded to an initial industrial protest against perceived marginalisation of minority English speakers in the country with a military crackdown in 2017. But since then, many militia groups have sprouted and are engaging the country's military in a bloody conflict. The groups aim to push for secession of English speakers and the creation of an independent country they want called Ambazonia.

More than 3,500 people have been killed, according to humanitarian organisations, and over 712,000 forced to flee their homes as a result of the conflict. More than 67,000 people have fled across the border and are now living as refugees in Nigeria. 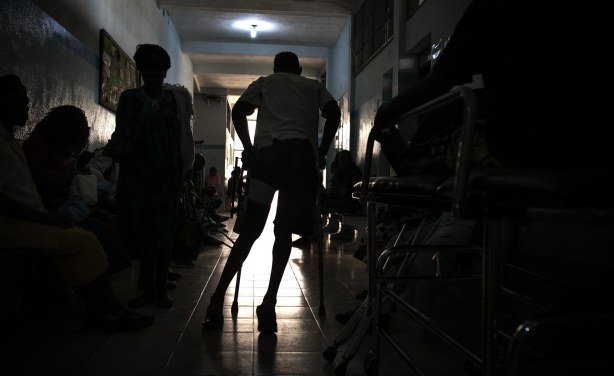 A patient leaves Saint Mary Soledad’s outpatient consultation corridor in Bamenda - each year, thousands of patients benefited from our support in a region where access to care has been reduced by armed violence. North-West region, Cameroon, March 2020.