Weaning South African Airways (SAA) off the fiscus for its survival is part of Treasury's new approach to cutting bailouts and government guarantees to unproductive and lossmaking state-owned enterprises (SOE), writes Ray Mahlaka for Daily Maverick. The financial costs of keeping SAA airborne have been enormous: between 2008 and 2020, cash bailouts to the airline amounted to nearly U.S.$1.5 billion.

SAA interim CEO Thomas Kgokolo told Parliament's portfolio committee on public enterprises that the airline will have to, for the first time in many years, fund its operations mainly through the revenue it generates from ticket sales. If this revenue isn't enough, SAA will be required to independently raise funding from banks or be recapitalised by its strategic equity partner, the Takatso Consortium, which plans to buy a 51% shareholding in the airline from the government.

The carrier is posed to resume flights in September 2021 after a 15-month business rescue process and follows nearly two years after its flight operations were grounded due to the Covid-19 outbreak. 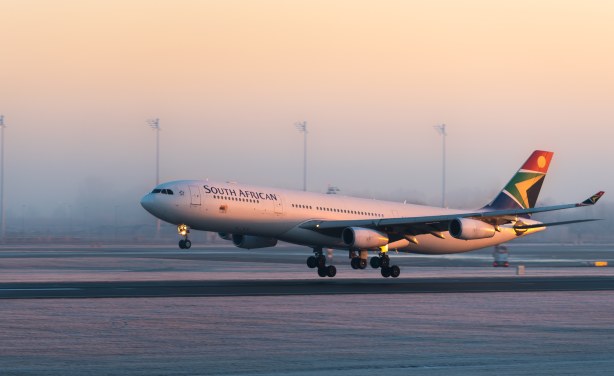 A South African Airways Airbus landing at Munich Airport in 2015.