Tigray forces say they have captured "many more soldiers and destroyed Ethiopia army divisions after reports of the national army launching heavy air and ground offensives against the positions of Tigray forces in the Amhara region of northern Ethiopia, the East African reports. Reuters is quoting Tigray People's Liberation Front (TPLF) spokesman Getachew Reda and a diplomatic source as saying that the rebels have been under airstrikes and heavy artillery fire.

The New Humanitarian is also reporting an offensive by the Ethiopian government. "We're going to see more civilian suffering; more troops being killed; another round of military bloodshed," Mengistu Assefa, an Ethiopian analyst and political commentator, told the publication.

Since the Tigray conflict broke out in November 2020, tens of thousands of people have been killed and millions displaced. 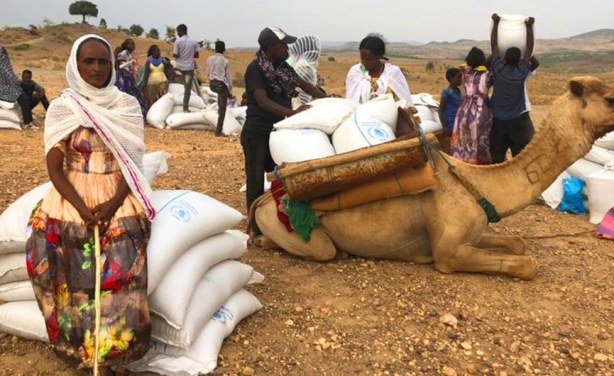 The World Food Programme (WFP) at work in the Tigray region of Ethiopia.