The Ethiopian federal government declared a nationwide state of emergency on Tuesday November 2, 2021, as its battle with Tigrayan forces reached the one-year mark and fighting escalated in northern Ethiopia.

Reuters reports that the state of emergency was imposed after the Tigray People's Liberation Front (TPLF) claimed to have captured several towns and said it might march on Addis Ababa, about 380km to the south of their forward positions. Residents of the capital have been told to register their weapons and prepare to defend the city.

The government of Ethiopian Prime Minister Abiy Ahmed has been fighting TPLF forces in Tigray since early November 2020. The fighters took control of the province when government forces withdrew in June, and since then fighting has expanded to the neighboring regions of Amhara and Afar, displacing thousands of people and worsening a severe hunger crisis.

On November 2, 2021, the United States said it had suspended Ethiopia's duty-free access to the U.S. market. Mali and Guinea will also lose access under the African Growth and Opportunity Act (AGOA).

Also on November 2, U.S. Horn of Africa special envoy Jeffrey Feltman - speaking at Washington-based think tank U.S. Institute for Peace - said as many as 900,000 people in Tigray are facing famine-like conditions, while 90% of the population is in need of aid. 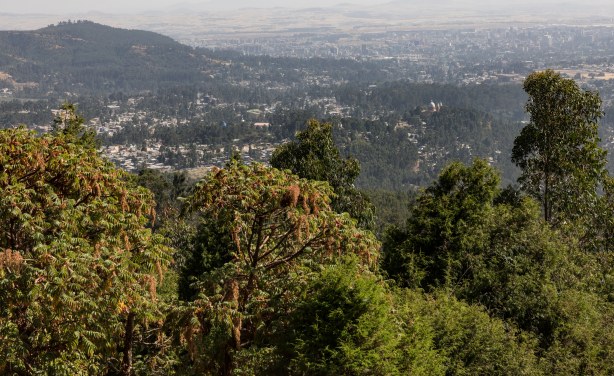