Ethiopia is in the midst of a humanitarian crisis, as the delivery of much-needed aid to the Tigray region remains extremely challenging after months of conflict threatens food security, water and shelter.

The Horn of Africa country's federal government is at war with the main regional political group, the Tigray People's Liberation Front, since November 2020 - and it's the latest in a series of conflicts that Prime Minister Abiy Ahmed and his government face.

The conflict has triggered threats of international sanctions, the government suspending some aid organisations, reports of human rights violations and alarm being expressed by the UN Secretary-General on the Prevention of Genocide, Alice Wairimy Nderitu at the continuation of fighting in Tigray, as well as Afar, Somali State, Oromo and Amhara.

allAfrica's Mantsadi Sepheka takes the lead on this episode of Silencing The Guns, which looks at peacebuilding on the continent, and she'll be in conversation with Amnesty International's Fisseha Tekle and Senior Legal Officer of the African Court on Human and Peoples' Rights, Zelalem Teferra.

AllAfrica's reporting on peacebuilding across Africa is supported by a grant from the Carnegie Corporation of New York, philanthropy supporting innovations in education, democratic engagement, and strengthening international peace and security. 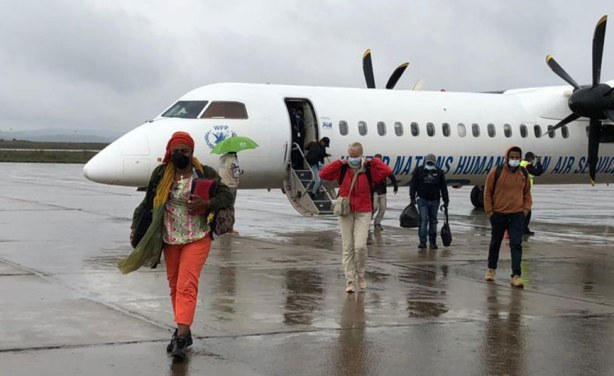 Aid workers arrived in Mekelle in the Ethiopian region of Tigray on the first humanitarian passenger flight there on on July 22, 2021. Several humanitarian agencies have since been suspended, and many others are unable to reach people displaced by the violence.