France has handed back 26 treasures that were looted from Benin during the colonial period, fulfilling a promise made by President Emmanuel Macron to restore a lost part of Africa's heritage.

Benin President Patrice Talon and Culture Minister Jean-Michel Abimbola travelled to Paris to bring home the artefacts that were stolen by French troops from the royal treasure-house of Abomey in 1892.

The Benin Bronzes are a group of more than a thousand metal plaques and sculptures that decorated the royal palace of the Kingdom of Benin. Most European former colonial powers have begun a process in recent years, of returning looted artefacts to the former colonies in Africa and elsewhere.

Meanwhile, Britain returned to Nigeria a statue of a bronze cockerel looted from the Kingdom of Benin, now Nigeria's Edo State, during the colonial era. The statue, known as the "Okukur", was taken by British colonial forces in 1897 and given to Jesus College in 1905 by the father of a student. 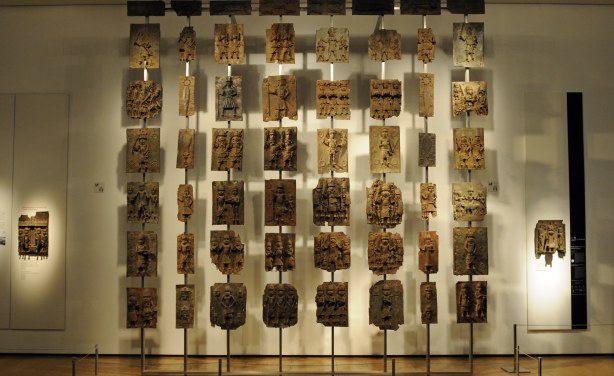