Frederik Willem De Klerk has passed away at the age of 85. He was president of apartheid South Africa from 1989 to 1994. A controversial figure to the end, De Klerk was seen by some as key in the dismantling of apartheid, a system which he never admitted was a violation of human rights or a crime against humanity.

He was a joint recipient, with the late Nelson Mandela, of the Nobel Peace Prize in 1993. Mandela went on to become the first democratically-elected president in 1994, with De Klerk as first deputy president from May 10, 1994 to June 30, 1996 - serving with Thabo Mbeki.

The Conversation's Christi Van Der Westhuizen writes that few recent historical figures in South Africa provoke more divergent views than De Klerk. Some will remember him as the last white South African president who played a primary role in ending the brutal system of apartheid and preventing further bloodshed. But many will remember him simply as the last white minority leader to preside over apartheid and the violence that upheld it. 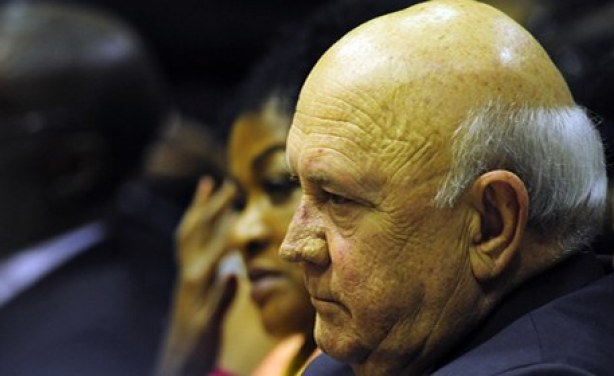