UN Secretary-General António Guterres has strongly condemned a deadly attack against a UN Peacekeeping logistics convoy near the town of Kidal in northern Mali.

Four Jordanian peacekeepers serving with the UN Mission in Mali, MINUSMA, were injured in the attack, one of whom died from his injuries after being evacuated.

The mission reported that the attack was the fifth incident to occur in the Kidal region in just one week, UN Spokesperson Stéphane Dujarric told journalists in New York. "It is a tragic reminder of the complexity of the mandate of the UN Mission and of its peacekeepers, and the threats peacekeepers face on a daily basis," he said.

Some of these operations have resulted in serious allegations of violations of human rights and international humanitarian law, according to the report. 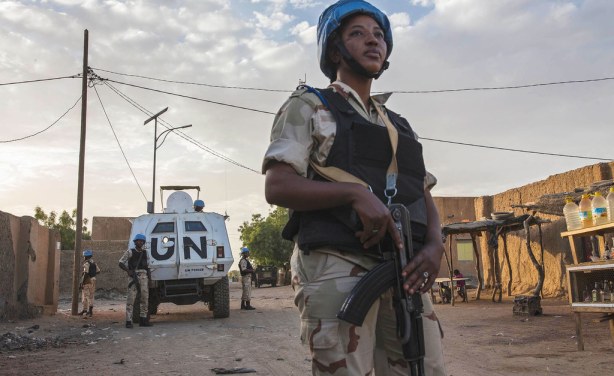 A MINUSMA peacekeeper on patrol in Gao, Mali.