Catholic bishops in the country have challenged the electorate not to be "casual and careless" while exercising their right to vote during the August 9 polls.

The Kenya Conference of Catholic Bishops (KCCB) has implored the electorate to be intentional in electing shrewd leaders who stand for the good of all citizens.

KCCB has pointed out that it would be imperative for the electorate to be mindful of what they want to see achieved when the next regime takes office.

Archbishop Martin Kivuva, the Conference Chairman has stressed that leaders should be visionary leaders and their visions transcend their manifestos captured on pieces of paper.He challenged the electorate to find time to scrutinise the manifestos of the leaders they want to elect into office.

The opposition Orange Democratic Movement (ODM) has called upon party nominees to step out and campaign as a team in Nyanza in the wake of a wave of independent candidates in the region.

Deputy President William Ruto has once again accused his closest political rival Raila Odinga of using violence to ascend to power while calling Odinga "a clueless and a plan-less person who also lacks solutions for the country's challenges." 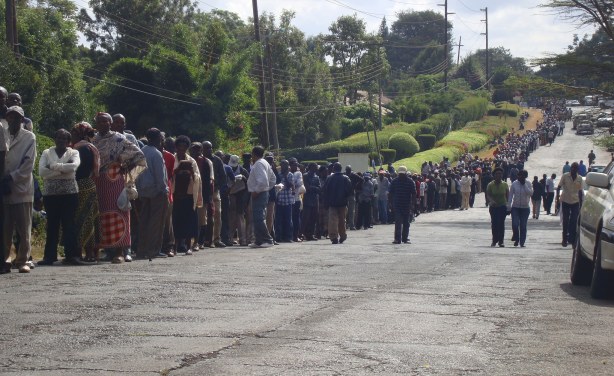